India. The land of epics, of mythology, of Bollywood, of beautiful chaos, of devotion, of unconditional and loyal love, of faith and religion, of unexplained craziness and unmatched enthusiasm. India is all of this and much, much more. To try and sum up a country, or to try and explain its present in a few hundred words is quite a task. Yet, let us cover all we can!

Indians are firm believers of the notion, “Athiti Devo Bhava” or “guest is our God”. They support the notion of treating the visitors to their land as their guests and showering them with all the hospitality they can. But anywhere and everywhere, all over the world, nature follows the rule of balance. And thus, with good, there is always something nasty going on.

So, get lost in the alacrity of Mathura, the food of Kolkata, the culture of the south, the celebrations of Punjab, the glamour of Mumbai, the beauty of Sikkim and lots more, but before that, remember the following tips.

More often than not, it is better to not have any expectations, because if they aren’t met, it stings and sours the mood. Now, this holds up like an orison for first timers in India. Be it regarding cleanliness, hygiene, climate, people etc., just do not expect much. The reason being, India is very different from the west, and you might find many things going opposite ways. India can be really alluring, but at the same time, it can be really overwhelming with the crowd and the dust and the attention you get (both positive and negative).

Moreover, as a first timer, you would hear a lot from people around you about India, some will be overly critical of this wonderful country and the others would showcase India as if it is the purest of all. You might not want to enter the country with any of the mindsets. So yes, be cautious, be aware of the people and places around you, but apart from that, live in the moment. A bit of research about the part of country you want to visit will save you a lot of trouble. It will give you heads up about the weather conditions, people, food, etc., you will have to deal with.

#2 – Plan according to the time of year

India is a land of many major celebrations and a trip to this colourful land would be futile without attending a few. Therefore, try to plan beforehand and be sure that these state specific celebrations make it to your Instagram updates!

The best part is that, almost all year, a festival is going on somewhere. For example, if you are here during January, you should witness Pongal in Tamil Nadu, Lohri in Punjab or Makar Sankranti in Rajasthan and catch the republic day parade in Delhi.

If you are here during February, witness the Mahashivratri in Ujjain. In March, do not miss participating in the most colourful of all festivals around the world, HOLI, in Mathura. Plus, April has Baisakhi, during which you should be in Punjab.

June comes with Eid, the time to be in Lucknow and Hyderabad. August has Janmashtami, then you should be in Mathura and Vrindavan; September has Durga Puja and Kolkata looks like a mesmerising dream come true.

Then, October has Diwali, during which you can head out to Ayodhya. These are just the major festivals, research a little and you will find so many more.

PS – the dates of these festivals shift in accordance to the alignment of celestial bodies, so they are different every year. Keep a tab on this and plan accordingly. 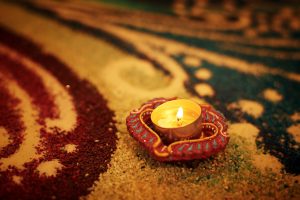 The colours of Diwali

#3 – Care for your money and health

Let’s break this into two parts and talk money first. India is a place where, because you are a foreigner, you are the number one target for scammers, thieves and tricksters. People will bring you different schemes, packages or deals that will be very enticing.

But you must remember that the better it seems, the higher the chance of you being conned. To avoid this, make sure that either you research well into the deal and the organisation or the individual you take it from, or the second (and the easier way) is to pay a little more to an authentic, established or at least, renowned organisation.

If you know someone in India, it’s a plus. Apart from this, learn to bargain because India is a place where everything can be bargained and if you are a foreign tourist, chances are that the price being quoted to you is already five times the actual price.

Also, one major burden (if not given attention to), would be travelling costs. If you use public transport make sure you try and travel, as much as possible, with their fare metres turned ON. If they do not agree (which happens quite often), then check the distance on the internet and bargain your fare accordingly. The best solution, though, would be to ask a fellow Indian to talk to and let you know the fare – they will help you happily. This is not the situation everywhere in India but you should be aware.

As for health, follow a few simple protocols. Make sure you research the about the area of your visit for any on-going health problems and get your vaccinations accordingly. Carry medicines for cold, dust allergy and most importantly, know how to cure your upset stomach. Don’t eat from roadside stalls unless you’re accompanied by a local who already has some idea of what you’re about to consume. Carry handkerchiefs and masks, because it can get very dusty here.

A word about public toilets. Try not to use them but, if you must, you better be loaded up with sanitisers and anti-bacterial gels.

India can be overwhelming because of the differences in lifestyle. By following a few tips you can minimise any negatives and remember – India is worth much more than the effort.

Firstly, dress appropriately. Don’t flaunt your skin too much because it is going to grab a lot of unwanted attention and moreover, it is not accepted so easily in Indian society. So, unless you are in a posh town, on a beach in Goa, or at a party in a group or somewhere with like-minded people, stick to comparatively conservative clothes.

Also, try to avoid public displays of affection, because that is something most Indians frown upon and don’t ‘get touchy’ with both Indian men and women. Make sure you follow the gender norms here. Some places have different seating arrangements for males and females, so be aware. Things like women smoking in public are not so widely accepted in India.

Make sure you do not eat non-vegetarian food and drink alcohol inside or near a religious complex. And finally, if discussing religion and politics in public, don’t demean anyone. 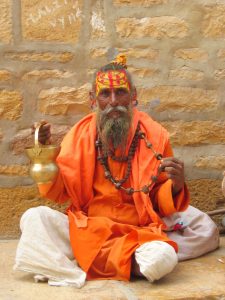 India is no less than a heaven for all the foodies out there who are always ready to treat their taste buds with new delicacies. So, when you visit India, don’t shy away from gaining a few pounds because no matter in which state you are you will be overwhelmed by the cuisine every state has to offer. From Wazwani Cuisine in Jammu and Kashmir to Makke ki Roti aur Sarso Da Saag in Punjab, from Dal-Bati Churma in Rajasthan to Sandesh and Rasgulla in West Bengal, and Konkani Cuisine in Goa to Idli-Sambhar in the Southern India; everything tastes excellent. 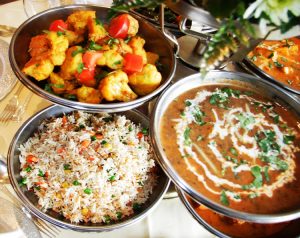 Don’t miss out on the local food

So, plan your trip and perhaps even consider adding a couple of days because firstly, you really don’t know how inviting India can be, and secondly (unfortunately), you might get sick, so a couple of extra days might come in handy. Thirdly, almost nothing happens on time here, so plan accordingly with a sufficient margin of safety. Finally, nothing happens exactly as planned in India, so be mindful of all these reasons.

Don’t let a few issues affect your journey to India because it can be the best trip of your life.

A history enthusiast, Himanshu is in love with architecture that holds a key to the past. Currently working for pearlsindiatour.com, he continues on his quest to visit every destination and to give a first-hand experience to anyone reading his articles.