The noted American food writer M.F.K. Fisher summed up every Indian in a simple choice of words. “First, we eat, then we do everything else.”

The Indian subcontinent is a strangely interesting land and this applies to any aspect you can think of – even food! The gamut of culinary facets that India and its cuisines hold, are remarkable. Needless to say, India is a wonderland for foodies. Travel junkies who flock to this country never miss to grab a bite of any delicious smell or sight that they encounter, be it the spicy Pao Bhaji from a little shack in Juhu, or a plate of Galouti Kebab from the quaint streets of Lucknow.

But there remains a mammoth list of distinctive facts that most people are unaware of – so let’s jump into a taste of that, with seven things you never knew about Indian food.

Food and emotion never break up 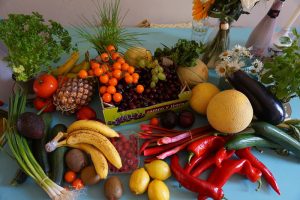 According to Indian food theory, there are three basic kinds of food— Saatvic, Raajsic and Taamsic! The kind of diet we choose to eat affects us emotionally and spiritually.

Saatvic pertains to fresh fruits, vegetables, juice and organic herbs and it leads to a greater level of awareness and perception.

Raajsic points to oils, fats and spices! It is believed to be the base of activity and movement.

Lastly, Taamsic connotes to liquor and meat. It’s liable for a lack of constructiveness and pessimistic energy within us.

India is supposed to be the World’s highest consumer of whiskey. So, Indian food theory already gives us an answer to our country’s complexities, doesn’t it! 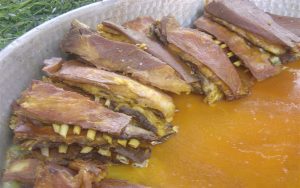 Indians love their mustard oil and ghee as much as they love their ‘tarka’ (spices fried off in hot oil). ‘Bhuna masala’ (curry paste) caters to the daily needs of flavorsome food in almost every household. However, Kashmir has its own take on things!

Wazwan is an integral part of the Kashmiri Cuisine and the point of curiosity is that this technique of cooking boils the spices instead of frying them and thus, we get the regal flavors of Kashmir which differ remarkably from Awadhi, Bengali and other spicy cuisines of India and reflects majestic Central Asian influence. 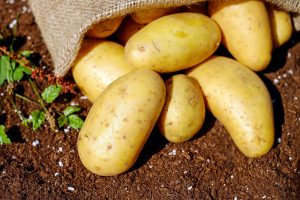 Indians need their share of potatoes! Tikkas and tandoors, Curry and Golgappas, Chips and Parathas- hardly anything goes unaccompanied by potatoes. This is thanks to the Portuguese merchants, who introduced this gracious vegetable to the land along with other biggies like tomatoes, chilli and even refined sugar! In fact, Arab, Greek and Roman traders have greatly laid the foundation to the India becoming the ultimate Land of Spices as most flavours have been introduced to our palettes by them, like saffron!

Beware of the Ghost Chilli 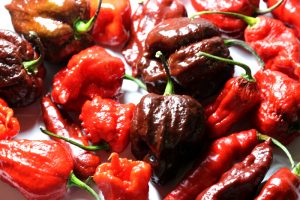 India is home to one of the scariest, one of the hottest chillies in the world, which is also an essential part of the Manipuri Cuisine, called the Bhoot Jolokia or U-morok!  The Guinness Book of World records recognized this chilli as 400 times hotter than Tabasco sauce in 2007, its heat estimated to be more than 1 million Scoville heat units. Imagine that!

What’s with the Tikka?

Chicken Tikka Masala is the most popular Indian food item in Britain. However, few of us know that this dish was invented in Glasgow, Scotland. In fact, Jalebis were invented in the Middle East and the first Naan bread was made in Persia around 1300 AD. 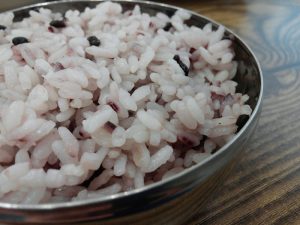 Undoubtedly, rice is the staple diet of most Indians and there are remarkable varieties of long and short grained rice grown in India and consumed globally. However, have you ever heard of black rice? It’s a species of Oryza sativa L., which is rich in amino acids and turns purple when cooked! It’s plentiful in north-east India, adding to the Assamese agricultural economy tremendously. It is known as the forbidden rice because during the time of the Qing and Ming dynasties, only the royal Chinese emperors were allowed to consume it.

Himanshu is a curious student who traces the destinations he feels are going to inspire and enlighten him. His travel stories and knowledge are shared by him on his blog Pearls India Tour.