Melbourne has a huge Cantonese community so it stands to reason the grub is pretty good. Little Bourke Street is home to Melbourne’s Chinatown with literally dozens of eateries along its length – many of which have been around for an exceptionally long time. One of those is Bamboo House.

Established in 1984, it pretty much has the same decor all these years later. You push open the heavy black and gold entrance door to a large main room, with a smaller area just off to the right. There’s big glass windows and lots of Chinese red lanterns. The front room is possibly the best spot, especially near the windows.

We headed there with friends and opted for a banquet. There are two on offer, the ‘banquet entertainment’ at A$68 per person or the ‘banquet occasion’ at A$78 a head. We took the latter, which had an extra dish and settled in. Our very good friend Easily Pleased was in charge of selecting the drinks, and took a South Australian sparkling from Croser as well as the delightfully named ‘Suckfizzle’ sauvignon blanc/semillon from Margaret River. Greedy Girl isn’t hugely fond of whites but this had plenty of oomph.

Banquets are a great way of enjoying a wide variety of Chinese dishes with relatively restrained portion sizes. Large platters are distributed to individual plates by the very efficient wait staff. Our first morsel was two pieces of spicy fried calamari. The deep golden colour was very attractive and the flavour was also quite good, although calamari can be a bit of a gamble – it’s very easy to get a tough piece. Still, this went down the hatch quickly. 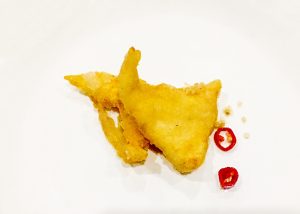 Next was a selection of dumplings – a pot sticker was a delicious combination of meat and chives, with a steamed soup dumpling, handily already placed on the spoon. Both were exceptionally good. 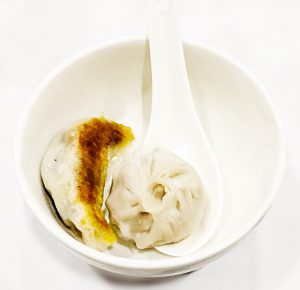 We moved to the dish featured at the top of this post – king prawns with an XO chilli sauce. OMG. This was absolutely delectable. Greedy Girl kept licking her finger to get up the last smears from the plate. It was good to also have a little veg – and the accompaniments were cooked perfectly, still with a bit of crunch. Yum.

Can you have a banquet without Peking Duck? The platter of carved meat (we watched the chefs dismember a whole duck for another table a little later in the evening) was first presented to the table and then the individual pancakes were rolled up for us. Beautiful flavours, great crunch. Delish. 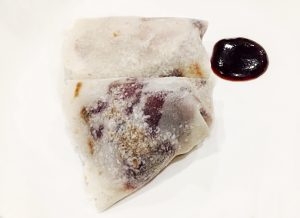 Next was a steamed fish fillet with ginger and spring onion and a hefty side of wilted spinach and garlic. The fish was beautifully prepared but there wasn’t a huge hit from the ginger. Still, it was very enjoyable. 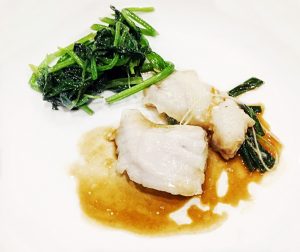 And our final savoury dishes were eye fillet steak with a sweet and sticky Cantonese sauce, and a decent side of sugar snap peas, plus the restaurant’s signature fried rice. Again, both were more than acceptable. The meat was exceptionally tender. 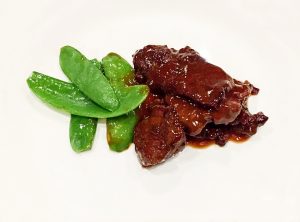 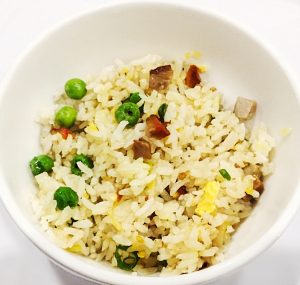 Dessert was the wonderfully retro banana fritter, served with a slab of vanilla ice-cream and caramel sauce. While Greedy Girl palmed her ice-cream off to gluttonous husband, the fritter was delectable with an amazingly thin, light and crunchy batter coating. Yum. 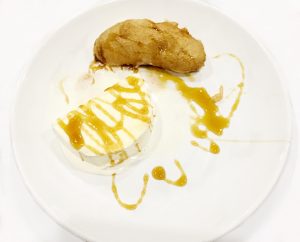 And we were done, having enjoyed some of the best Cantonese food Melbourne has to provide, as well as some northern Chinese specialties. There’s a good reason it’s been around so long – exceptionally good ingredients cooked well, with no-fuss service.