Who doesn’t love somewhere wonderful to go and enjoy a nice little tipple? At home in Melbourne, it’s rare we head out for a drink, preferring the peace and serenity of our own balcony for a nice bottle of champagne, but when we travel it’s a different story, especially in recent years where we’ve started to indulge more often in beautifully-crafted cocktails. The clever people behind the World’s 50 Best Restaurants have cleverly leveraged their brand by introducing the World’s Best Bars and we’re proud to bring you some of the highlights from the 2017 awards, including from our little corner of the world.

Indeed, Australia has two representatives in the top 50 – Melbourne’s Black Pearl and Sydney’s Baxter Inn – but more about them later.

Given we’re headed to London later this year, we’ll be excited to check out the American Bar at the famed Savoy Hotel. It took the honours this year having featured four times in the top 10. According to the judges, the American Bar has been mixing cocktails for 125 years. It was renovated in 2010 after a three-year refurbishment. 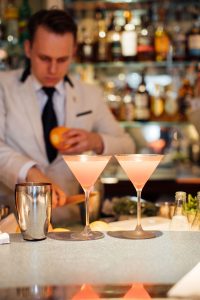 London leads the pack as the city with most bars making the top 50 (eight, with four in the top 10), so we might have quite a few stops on our cocktail crawl, while the US has the most bars overall, including The NoMad in New York City. We’ve dined and drunk there numerous times (you can see our latest post here) and what a fine spot it is. The main dining room and bar are very dark and moody but there is also a wonderful library at the back, and an atrium area which allows natural light to filter through – an excellent spot for lunch. 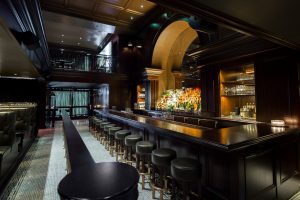 Dark and moody at The NoMad. Picture: Daniel Krieger

There are 13 bars on the list from North America – seven of them in NYC. It’s absolutely a haven for those who love to imbibe.

The Black Pearl (with its Panacea cocktail featured at the top of this post) is in the inner-city suburb of Fitzroy – another mecca for food and drink lovers and much beloved by the Hipster generation, while the Baxter Inn is a ‘blink and you’ll miss it’ speakeasy style bar in the centre of Sydney. Nominally it’s at 152 Clarence Street, but the entrance is down a little laneway and in a slightly less than salubrious courtyard. Like The NoMad and Black Pearl, it’s a place of perma-night, showcasing the whisky collection at the bar. It’s a hugely fun venue so if you’re heading to Sydney any time soon it’s a big recommendation. 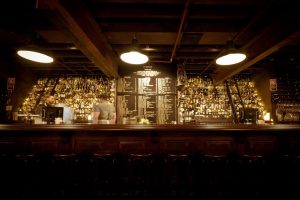 Two Australian bars also made the 51-100 list – Bulletin Place in Sydney came in at #76, while The Everleigh in Melbourne’s Gertrude Street took #89.

Asia is also getting into the act with 12 bars making the list from Singapore, Hong Kong, Tokyo, Shanghai and for the first time in 2017, Taiwan. We’ve been to Singapore’s Tippling Club (ranked #31) but have the highest ranked bar in Asia, Manhattan (inside the Regent Hotel) on our list for this year. 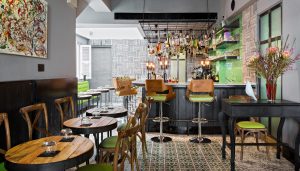 Bold and funky. The Tippling Club

The list is voted on by 500 judges from 55 countries. This year’s ranking has bars from 24 cities in 19 countries. The full list can be found here.