The European, Melbourne – a foodie institution

Greedy Girl got outed this week on national television in Australia, appearing on a quiz show and having a blast. So, how better to celebrate than a trip to an old stamping ground, The European, Melbourne.

Too many years ago, we lived just down the road from The European and it was our daily haunt for coffee, after work drinks and more. The quality of food here has always been exceptional and it deserves its reputation as one of Melbourne’s foodie institutions.

It was amazing to walk in and immediately spy our dear friend Adriana, still running the front of house. The restaurant – around 20 or so years old – is modelled on a traditional French bistro with dark wood panelling, wall sconces and a wonderful mural. 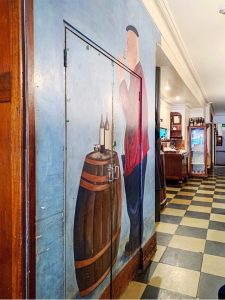 The European was the start of a fine food empire in this area of Melbourne which was previously dominated by pubs and Chinese restaurants. It’s in the block between Bourke and Little Bourke Streets, the latter being the entrance to Melbourne’s Chinatown.

Since it took off, it’s been followed by two venues upstairs – the Melbourne Supper Club and Siglo, a rooftop bar with a lovely view over Parliament House. Next door you can find the City Wine Shop and next to that, the Spring Street Grocer. It’s definitely a foodie haven.

And so, we settled in. Greedy Girl decided to toast her win on the show with a glass of delicious Pol Roger Brut Reserve, while gluttonous husband opted for an Italian IPA. 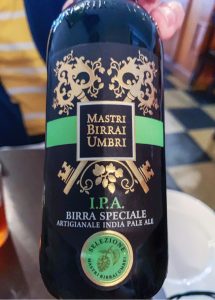 This wasn’t as citrusy as other IPA’s he’s enjoyed but it was certainly enjoyable and refreshing enough to have a couple over the course of lunch.

Since we moved down the other end of the city, we rarely get an opportunity to visit The European but we were delighted that some things don’t change – the customary sourdough and aioli were brought to the table while we decided what else we’d eat.

As you’d expect, the cuisine showcases the best of European cooking. While the interior decoration has a definite French style, the menu is varied, with French, Italian, Spanish and Greek dishes. It’s not an inexpensive restaurant but the quality of ingredients and cooking is consistently high.

We opted to share the foie gras pâte with a beautiful chutney and some ‘pearls’ of pear, served with buttery brioche and a slice of walnut bread (pictured at the top of this post). Gluttonous husband found the brioche a little stodgy but loved the walnut bread. Greedy Girl loved the lot – especially the way the soft foie gras, pear and chutney combined.

The European has always made beautiful risottos. A standard back in the day was the wild mushroom risotto. Sadly that wasn’t on the menu, but an artichoke and fontina cheese risotto was very attractive. 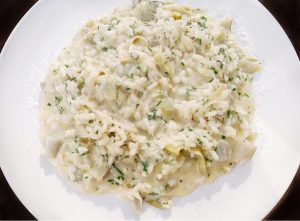 A large serving, Greedy Girl initially thought she wouldn’t be able to eat it all. Hah! Beautifully cooked rice, slightly firm to the bite, with delicious artichokes, also expertly prepared. The cheese was the star of the plate – just tangy and salty enough. Yum. 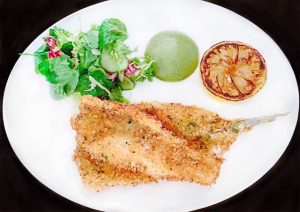 One of his favourite fish varieties, again this was perfectly cooked and the addition of the fresh herb mayo was inspired.

And we were done – some very rich dishes were exceptionally filling. We headed out into the sunny afternoon to waddle our way home.

The European is open from early morning to rather late at night, so it’s a great resource for locals and visitors looking for high quality food, service and ambience.

And, just as a PS … Here’s what Greedy Girl was celebrating – a rather significant contribution to the future travel budget! 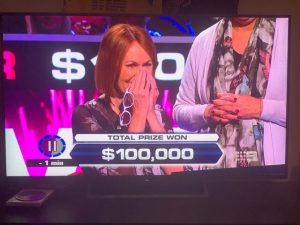